Julietta Kocharova and International Music Festival “Triomphe de l’Art” are pleased to invite you to the opening concert with participation of the star of the world opera, Honored Artist of the Republic of Belarus, Oksana Volkova (mezzo-soprano). Oksana is a soloist of the world leading opera houses such as the Metropolitan Opera (New York), the Royal Opera House Covent Garden (London), Teatro Massimo (Palermo), Teatro dell’opera Giocosa (Savona), Opera of Nice (France), the Bolshoi Theatre of Belarus Republic, the Bolshoi Theatre of Moscow (Russia), the Latvian National Opera, etc…

The piano party will play the winner of many international competitions and scholarships Ksenia Ovodova. In 2014 she graduated from the Moscow Conservatory with honors and received the “Best Graduate of the Year” certificate. Then Ksenia continued her studies at the Schola Cantorum de Paris ( France).

A small banquet is offered after the concert where you can meet and discuss with musicians. Do not miss! 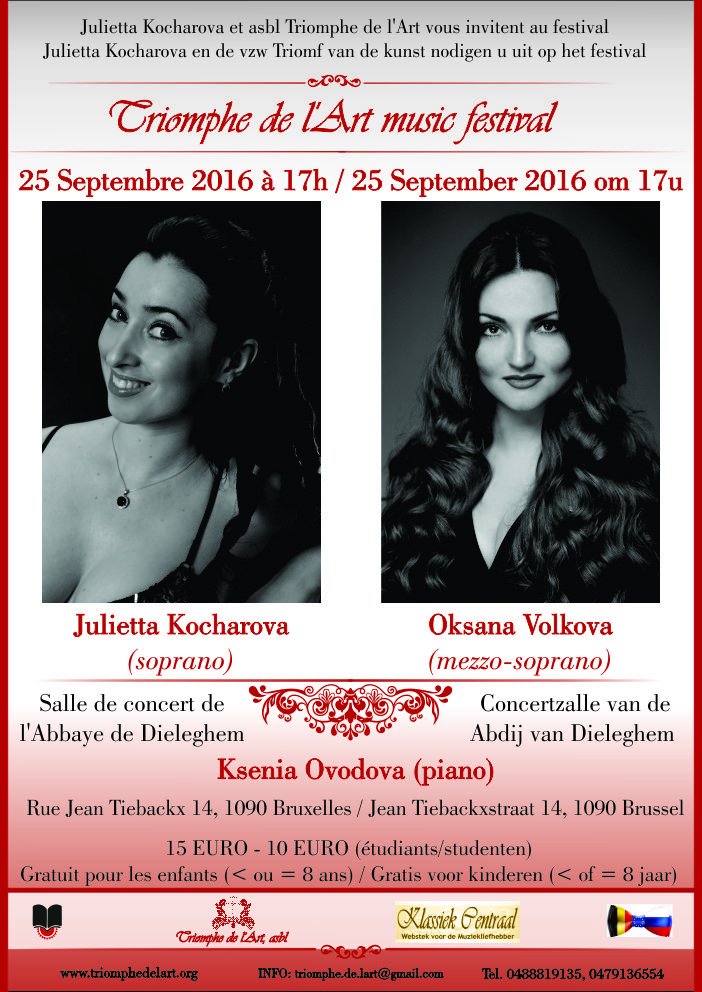